October saw me participating in an exciting event. Instead of my usual routine of Saturday morning swimming training, I went out on the water with the Cambridge University rowing squads and a film crew. I was fortunate to be asked by The Economist to participate in a short documentary on sport psychology.

Winning Edge is a three-part series produced by Economist Films, the award-winning production unit of The Economist newspaper. Winning Edge will examine how athletes and teams stay ahead of the competition, beat their rivals, and achieve success. They will be exploring small margins in three episodes, consisting of ‘new design and technology’, ‘data analytics’ and ‘sport psychology’.

I was filmed on the water, delivering a workshop, having conversations with athletes, in a 1-1 consultation and finally I was interviewed for over an hour! The film will only be 5 minutes long, but they were with me all day! Look out for the film when it comes out in late November or early December on the Economist’s online platforms (Economist.com, YouTube, Facebook and others) and of course it will feature here. Their films receive on average over 30 million views each month across all their worldwide online platforms, so I hope you enjoy it! 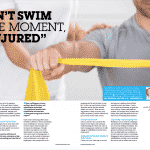